The tumbleweed rolling over this blog and the the OctoMY website might not give it away, but I assure you, under the surface there really is a lot going on. 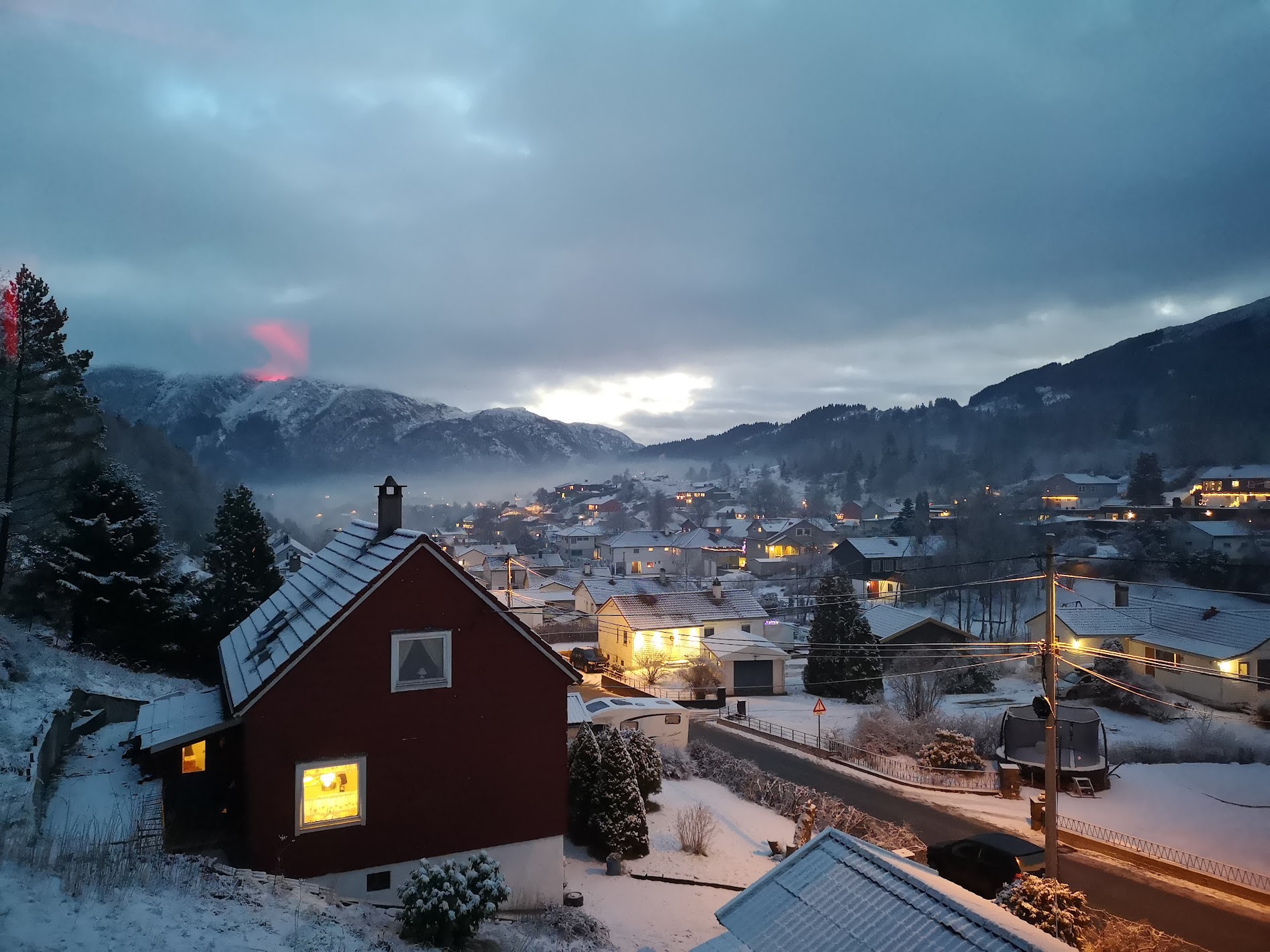 So now that is juletide and we are at brink of the new year, it felt only right to reveal a few highlights that hopefully will be followed up with some good news early to mid 2019!

So to start, we now have 2 workshops, not just one. Yes that is right! The garage has continued to mature as a mechanical workshop, and we now also have a brand spanking new electronics workshop in the basement. 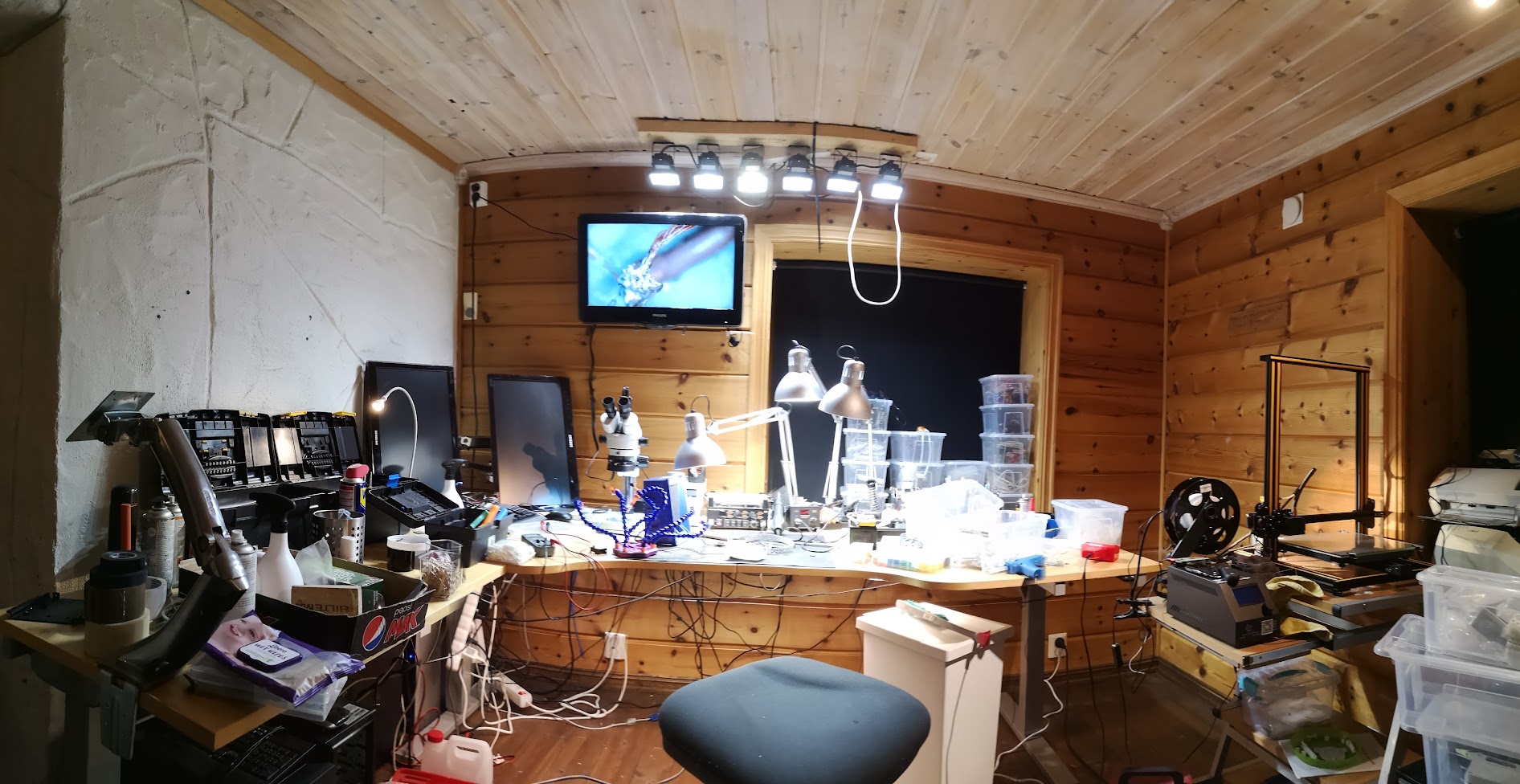 We have also hoarded a lot of new tools and parts. Mostly it is boring stuff like a resistor collection, heat shrink tubes and zip-ties but there are also a few cool things, like a stereo microscope with camera, hot air station and a karaoke machine (!!!).

And there has gone a lot of preparation into starting the YouTube channel. Cameras are in place, storage server for content has been set up, dedicated editing laptop is in place to name a few.

On the software side, a lot of important work has been put in place over this year. We have really struggled with some hard bugs, and killed many of them. A complete list of the remaining work before we have a first release will be revealed on the anniversary summary of the project at 7th of January 2019, but here is a short summary:


And finally, the most important of all; we have made the biggest decision for the project a few days ago. We realized that async store was just an example of a whole breed of problems that will occur in the near future. For every grand bug or architectural problem we fix, there is just another one lined up to take it's place. It has become impossible to plan for success, we are in a reactive stance. 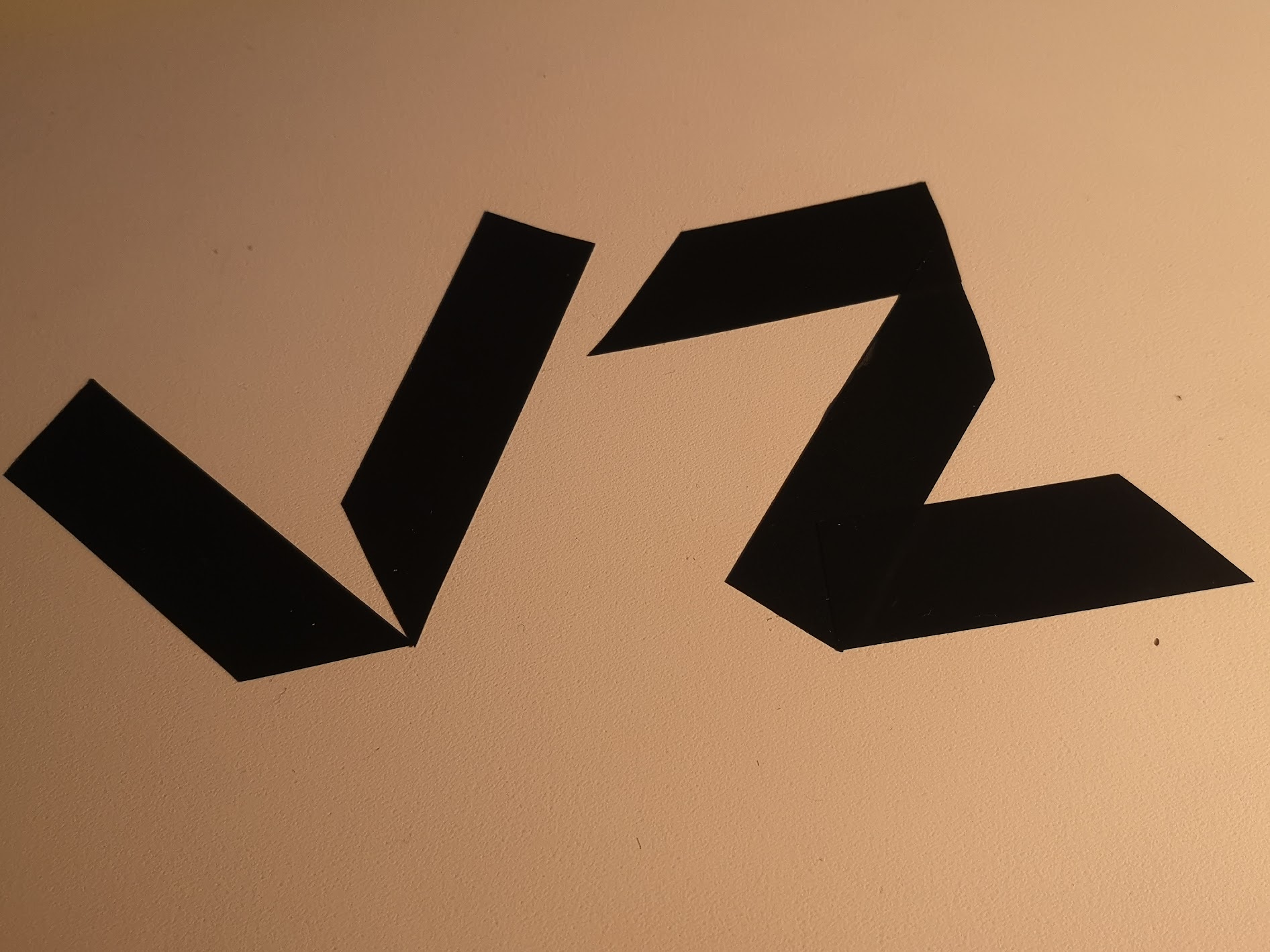 To get away from this, we have made a very tough decision. It is tough because it means a lot of hard work, and a lot of time that we really did not want to take on, as we already have our hands full with other meaningful stuff. But in an effort to take back control over the project we have decided to pull "a Netscape". That is, to stop development on the current version as it is, and instead build a version 2 that will copy only the working parts from the existing project, and gluing things together in a better, more documented way.

In the business world this decision is often frowned upon as a bad move. The risk is that the effort will take much longer than first anticipated. One often underestimates the good aspects of the version you already have. After all it is the culmination of ALL the work you have put into the project so far!

On the other hand, we are not a business, and we know our code base very well. It is reasonably modular and structured. Few things really inter-tangle all that much except the parts that we are trying to fix, and those are the parts we want to work on anyway. By re-establishing the code base part by part will give us an opportunity to separate concerns even further, to remove old legacy stuff, to re-organize, document and simplify everything thoroughly.

Most importantly, it will allow us to separate what definitely works from what remains to be made/fixed. There will be no more guesswork as to how much remains before the project can be crowned with its first release. And just knowing this alone we felt was worth the effort.

Work is already underway. We have decided to do this in-tree. That way the history of the parts we use will be somewhat maintained. We also don't need to fiddle with extra repositories. In other words, everything will remain as it used to be for the most part, but you can now open a new OctoMY.pro file from integration/v2/OctoMY.pro if you would like to work on this new version.

On behalf of OctoMY, I would very much like to wish you a merry christmas and a hapåpy new year 2019!

In an earlier post we mentioned our wish to transition away from github after it being acquired by Microsoft.

Now, we announce that we will be migrating our website away from google sites. The reason is that google has rolled out a replacement for the classic sites, and are heavily promoting migration which indicates that the classic sites may be phased out. Here is an official post from google which is vague to the point of laughable: (post on deprecation of google sites classic)

To save our future selves from tedious meta work like this, we hope this will be the very last time our website needs to be migrated. The way we intend to make sure it is indeed the last time, is outlined in the migration plan posted here.

Hats of to Boston Dynamics

It has always been an ambition of this project to be portable accross platforms, and I am happy to announce that the first successful build of the project was completed today.

This marks a milestone for the OctoMY project, and I hope to maintain this success in all future versions.

On the technical side, the project was built with the mingw tool chain supplied with QtCreator. Some more work remains before we can have MSVC builds, but we are getting there ever so slowly. Also many features were disabled in the build. I added a few more compile time switches to allow disabling some features that will require more work before being ready for windows. And also, there are already some bugs. But, a successfull and running build is a sucessful and running build!

OctoMY will transition from github to gitlab shortly

Following the news that Microsoft has acquired github, we will consider transitioning all source code and material to gitlab in the medium to long term.

The reason we want to do this is that we feel there is a considerable risk involved when it comes to Microsoft's strategy relating to open source projects. Rather than blindly accepting this risk, we choose to mitigate it.

Expect more details about a possible move.
kl. 01:20 No comments:

First is the longest video of spot yet with some screen captures of the actual software taht is running on it.

Second atlas is jogging around in the brush, jumping over a log

If any robots we make are as successful as this, we have basically succeeded!

Drones that learn to navigate without GPS from cars.

Cool article about training software in drones to navigate autonomously like cars in absense of GPS.

The 7th of January 2018 marks the two year anniversary of the OctoMY™ project. IT has been a long year for this project, let's hope for a better 2018! 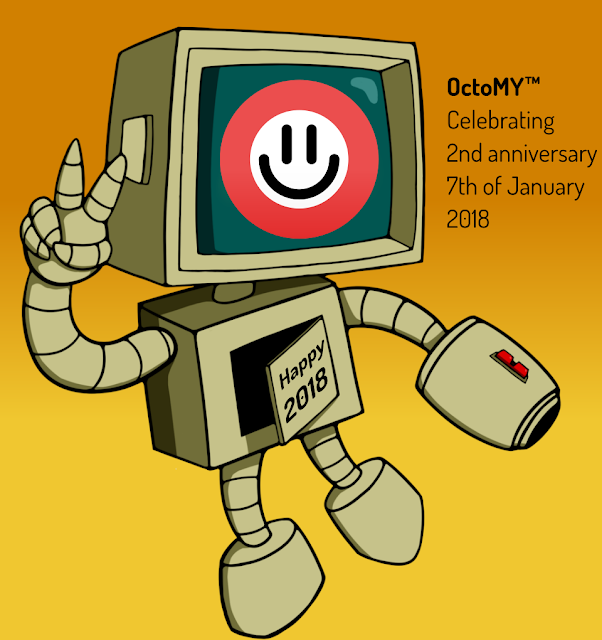 I am going to let Marco Reps do the talking, because I have nothing on his soothing robot-like Germanly accented voice and matching dry humour.